It wasn’t Mike’s dream to have a pool service and repair company as a kid growing up. However, he always had an entrepreneurial streak in him. Starting from the very early days as a paperboy to seeing his father run his own marketing research company the business world is where Mike was going to end up. Mike wasn’t a good student not so much because he wasn’t smart, it was he didn’t have a lot of interest in school from the start. Mike always had jobs growing up and learning many aspects of businesses that got his attention more then school did. However, Mike did earn his degree in Finance and Economics.

Once out of school Mike did work for JC Penney’s as and Internal Auditor and then for Circuit City as an Operations Manager. Mike went on to have a very successful career work at Hewlett Packard working in many different role’s primary in the area of Sales and Sales Support. During the time Mike was at Hewlett Packard that is where Mike met Amy. They both live in the same condo complex and it was because of Buster and Howie (their dogs) they ended striking a conversation up and the rest they say was history.

Having enough of the corporate world Mike and Amy eventually started a Real Estate company in the Sacramento and Bay Area regions. However, with the real estate market crash that occurred, it was hard for the independents to last in that environment so they both went back to the corporate world.

While Mike was at HP, he had a friend that went into the Pool Business after being laid off as well as having a client in the Real Estate business that ran a pool service company. That is where the idea started. Then one day they took a trip to Tucson bought a house, packed up and moved to Tucson to start the Pool service.

Amy actually ended up starting the business, cleaning pools and learning the business while Mike still worked as a contractor for Hewlett Packard. They had purchased 50 pools to start with. After awhile Mike finally left his HP position and Amy went back into the corporate world while Mike worked on building the business.

Fast forward to 2020. 10 Years after Mike and Amy started the business with 50 customers the company now has about 750 weekly customers and close to 20 employees. Amy just rejoined in a full-time capacity in early 2020 which has always been the goal. Mike has guided the company through all the growth by hiring key people with the skill sets required to run and manage one of Tucson’s largest pool service and repair company.

Sparkle and Splash Pools continues to grow and provide the customer with a single point of contact for their pool needs. What was once only a pool cleaning route is now a full Pool Service, Repair and Renovations Company that does everything other than build pools.

Best pool service I have worked with. Reliable, honest, and the guys there are really pool experts and can fix any problem. Highly recommend.
-Amber Volmering
Great expertise and a wealth of knowledge. They take the time to explain things and they go the “extra mile” with regards to customer service.
-Craig Denenberg

WHY YOU SHOULD ONLY WORK WITH A QUALIFIED POOL PROFESSIONAL

Here are some important reasons why you should work only with a qualified pool professional with regards to your pool needs:

WHY SPARKLE AND SPLASH POOLS? – WE ARE THE QUALIFIED POOL PROFESSIONALS IN TUCSON, ARIZONA! 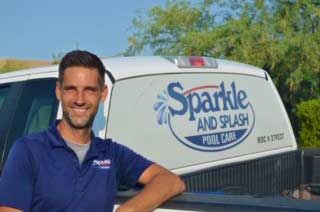 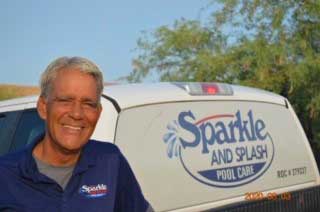 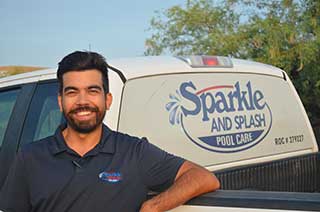 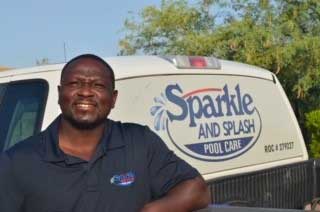 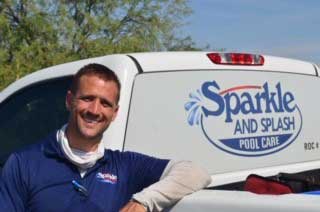 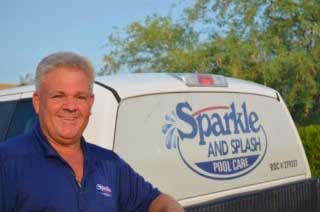 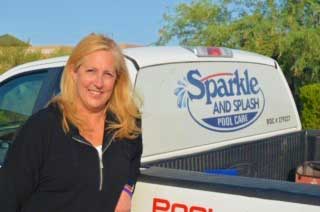